BP's hypocrisy became painfully obvious when the infamous Deepwater Horizon oil spill began - the largest marine oil spill in the industry's history. Just one month later, a team of Berkeley scientists authored a study significantly downplaying and underestimating the severity of the spill. Almost always left out in subsequent media coverage is that their research was funded by BP.[1]

Similarly, a large amount of the research conducted through the UC-BP deal, while couched in the language of combatting climate change, funds a project which significantly contributes to environmental degredation by promoting large scale monoculture production of GMO corn, which requires huge amounts of nitrogen fertilizer creating oceanic dead zones.[2] Dead zones are a major threat to marine biodiversity and coral reefs, which are vital for our health and the planets'.

More recently, outgoing mayor Bates once again committed to increased corporate control in the name of the environment as Berkeley has recently become a partner of the Rockefeller Foundation's "100 Resilient Cities" program, a nationwide effort to build resilience to "physical, social, and economic threats."[3]

The President of '100 Resilient Cities' is Michael Berkowitz, who previously worked at Deutsche Bank. During this time he represented his employer at a Global Risk Network Forum in London, which included topics such as  "The Future Global Shock Report: Social Unrest," "Insights on Arab Spring," as well as law-enforcement and business insights into recent London Riots.[4]

Now, he is in charge of a nation-wide effort to build resilience to "physical, social, and economic threats" - and the City of Berkeley through his '100 Resilient Cities' program has agreed to collaborate in this endeavour with NSA surveillance contractor Palantir, a data-mining company whose clientele includes the U.S. Military, LAPD, NYPD, large banks, and oil companies.[5][6][7]

This maze of corporate malfeasance can be confusing but the solution for Berkeley is simple: vote for Zachary RunningWolf, whose background, philosophy, and proven track record demonstrate his commitment to real leadership and solutions during this crucial time of global warming, rather than more doublespeak, surveillance, and pollution.

As mayor, RunningWolf promises to hold the UC and City of Berkeley accountable for their corporate partnerships and work with students to divest the UC from the fossil fuel companies responsible for global warming (which includes ALL of the "big 6" oil companies), in addition to implementing his platform for local green initiatives such as shutting down telegraph, establishing free bicycle lending libraries, increasing solar power roofing, and banning GMOs.

And finally, RunningWolf has made a central priority of his campaign exposing the UC cover-up of the ongoing Fukushima Nuclear disaster - with its devastating ecocidal and genocidal consequences - and issuing adequate, official health warnings city-wide concerning the dangers of consuming Pacific seafood.

Outgoing mayor Tom Bates talked a slick talk when it came to climate change, pledging to decrease Berkeley's carbon emissions by 2050. Yet the cornerstone of his plan was a collaboration between British Petroleum and UC Berkeley, a deal called by the San Francisco Chronicle "by far the largest alliance ever between industry and academia."

British Petroleum is a notorious polluter with a history of public relations campaigns designed to conceal this. In 2000, BP launched a $200 million PR campaign with the slogan "Beyond Petroleum." Yet in 2005, BP earned over $260 billion in revenues and $22 billion in profit, while investing only $800 million in their much hyped "alternative energy" project. 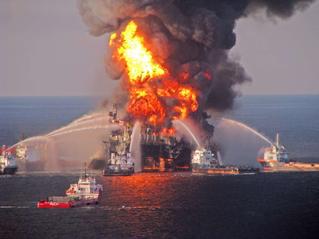