Indigenous Land Management has been scientifically proven NECESSARY to end the Climate Emergency. This marks the 11th Year of RunningWolf’s Stop Driving Global Warming Boycott. Car Driving is Berkeley's #1 Source of CO2 & Air Pollution too, with a proven 50%+ association with COVID-19 mortality & transmission.

RunningWolf's solution to COVID-19 has been adopted INTERNATIONALLY but is opposed by Trump due to his strong ties to the Auto Industry. Even Oakland's Libby Schaff took this solution, applied it in Oakland, & promoted it on National Television - while her Police Department targets RunningWolf to interfere in Berkeley's Election. ​For small businesses, RunningWolf's 2016 proposal of bringing vendors out into the streets is more relevant than ever. When combined with social distancing and masking, this is a safe and effective way of protecting public health & safety while ensuring that Berkeley's historic small businesses remain viable.

RunningWolf promises to establish free bicycle lending libraries, renewable energy & transit systems, and abundant organic gardens. For a fuller explanation of many of his programs, view the 2016 platform. Much/most of it is still relevant.

AND FINALLY, The UC Regents will be brought to Justice for:

In April, after Elder RunningWolf spent 6 months in Santa Rita as a political prisoner (arrested during the Berkeley Mayoral Election), the Judge rejected the DA's demand for 5 years in prison and sentenced Elder RunningWolf to "time served" in recognition of his leadership and community support.

Yet hardly a week after securing his release, the DA re-issued a warrant for RunningWolf's arrest on the basis of a "probation violation." He was arrested with nothing on him and simply trying to get his bike back. He was illegally refused internal affairs despite falling within the timeframe they had told him previously of the department's availability. This petty and vindictive move from the DA shows the department's sustained commitment to the persecution of this Indigenous Elder and endangerment of his life through incarceration during COVID-19.

Despite having already been recognized as pro-per, the public defender and numerous judges have spent three weeks denying Elder RunningWolf's right to represent himself, continually delaying his case without justification. Although full discovery has yet to be provided, the only information Elder RunningWolf has been given with regarding his probation violation is that he walked down a "forbidden" sidewalk (on NATIVE Land) on his way home, and for this he has spent 1.5 months in jail and COUNTING. This is illegal and this is colonialism, plain and simple. Although the judge delayed his hearing another month without justification, supporters are calling on the legal authorities to release Elder RunningWolf at the standard 45-day mark.

​Meanwhile, in order to prevent him from exercising his legal right to file an appeal, the Santa Rita Jail staff has been refusing to give him the appeal form for weeks now and has raiding his cell and stolen many of his belongings on two occasions in the last week. Nevertheless, the appeal WAS filed on time after the form was over-nighted to Santa Rita for Elder RunningWolf to submit despite the Penitentiary's obstruction of Justice.

RunningWolf has been given the authority to End the Madness by Any Means Necessary. He is calling for the enforcement of INTERNATIONAL LAW (Declaration of the Rights of Indigenous Peoples & Declaration of the Rights of Mother Earth) to hold accountable and try all parties responsible for committing, covering up, and/or obstructing justice in the ongoing Fukushima Nuclear Disaster. Indigenous Justice is NOT anthropocentric and the Ecocide of HUNDREDS OF MILLIONS of Animals killed in the Pacific Ocean will be tried as MASS MURDER. Click HERE (or read more below) for the OVERWHELMING evidence of Ongoing Fukushima Nuclear Genocide & Ecocide.

​​March 26th Article (Post-Trial) on the lies, corruption, and abuses at stake in RunningWolf's arrest, detention, and trial

Please get in touch if you can offer any legal, financial, or other assistance!!! RunningWolf is being TARGETED for:

1. Standing up to end the Fukushima Nuclear Disaster which threatens theFUTURE OF ALL LIFE

​​***BREAKING*** UPDATE: In November 2017 Berkeley's Fair Campaign Practices Commission unanimously concluded that Arreguin's campaign accepted 18 illegal campaign donations totaling more than $3,000 - but he has YET to be held accountable.

PRESS RELEASE: On September 12, 2016, Berkeley mayoral candidate and Blackfeet Elder Zachary RunningWolf was arrested by the Oakland Police Department, and charged with misdemeanor marijuana possession—based on evidence collected six months earlier during a C.H.P. raid on his Occupy2Decolonize encampment, which seeks to redress injustices against native peoples and restore natural law in the face of catastrophic climate change.

RunningWolf was held in Santa Rita Penitentiary for 31 days for a victimless crime, despite Oakland’s Measure Z which makes marijuana possession the lowest law enforcement priority. As a result, he was completely prohibited from operating his campaign—he was prevented from attending four out of five of the mayoral debates, and Berkeley’s annual Indigenous Peoples' Day event. Furthermore, his representatives were barred from participating in these events on his behalf. 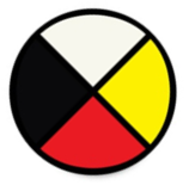 In a newly published groundbreaking investigative report, the UC's role in covering-up and enabling the Fukushima Daiichi Nuclear Disaster's genocidal and ecocidal consequences has been comprehensively exposed, including:

* 400 tons of radioactive water flowing into the Pacific Ocean EVERY DAY, while the UC diverts efforts into false solutions instead of stopping the leaks

* The LARGEST recorded marine die-off in HISTORY occurring in the Pacific off the West Coast following the Fukushima Daiichi disaster, while UC scientists on the case refuse to monitor sick and dead animals for radiation even as they admit Fukushima Daiichi's radiation can't be ruled out

* Massive Radioactive Contamination with deadly health consequences in Japan, including Tokyo's soil being turned into radioactive waste, while the UC has been keeping secret for eight years its model showing that the evacuation of Tokyo - the world's LARGEST CITY - is warranted

* Estimates produced by a nuclear-utility founded group that radioactive seafood from the Pacific threatens to give more than ONE MILLION people cancer, while UC nuclear engineers DENY that there is ANY health concern whatsoever

* Statistically significant findings that THOUSANDS of BABIES across the West Coast were injured and killed by the initial fallout from Fukushima Daiichi, while the UC kept secret its models predicting "high doses to infants" without providing ANY health warnings to the public whatsoever...

... and MUCH MORE. Read the article HERE!

The report further details how the racist, anti-indigenous election fraud and illegal election interference to keep Zachary RunningWolf out of Berkeley's mayor's seat is allowing these ongoing horrors to continue (endangering MILLIONS of peoples' lives around the world) by suppressing this Indigenous Elder's right under international law to protect the environment and hold the UC accountable. For more details on 2016 Election Fraud SEE BELOW.

O.P.D. justified RunningWolf's indefinite detention based on an outstanding warrant for “vandalism” a few days prior —targeting him for his participation in a march in soldarity with the largest nationwide strike against prison slavery in history. While incarcerated, Santa Rita Penitentiary scheduled a cell transfer at the same time as RunningWolf’s first court hearing--intentionally delaying his ability to return to freedom. RunningWolf's hearings were repeatedly delayed until he undertook a thirteen-day hunger strike and finally secured his release.

Meanwhile, Jesse Arreguin and his campaign have yet to be held accountable for breaking campaign finance laws. The campaign to elect Arreguin received more than $8,000 from a PAC funded by SEIU Local 1021, violating Berkeley's fair election laws which prohibit such contributions. Should we be surprised, then, that Arreguin was confirmed as mayor and took his oath on December 8, 2016—five weeks before the traditional confirmation in January?

Since taking office, Arreguin has repeatedly voted in favor of further police militarization: first by approving an additional armored vehicle for the B.P.D., and then by voting in favor of the wildly unpopular Urban Shield program, which was opposed by the overwhelming majority of Berkeley residents during its recent public comment period. After non-violent protestors took the stage, Arreguin fled the scene and police violently repressed the protest, beating one elderly man who had merely dropped his glasses.

Since then, Arreguin has approved emergency protest control measures for the BPD deemed unconstitutional by the National Lawyers' Guild, advising that Berkeley residents should not peacefully protest fascism then claiming to be "proud" of the thousands of people who defied him and chose to protest fascism anyway.

When a groundbreaking report presented overwhelming evidence of racial profiling by the BPD, Arreguin's Chief of Police flatly denied that there was an issue. Rather than reprimanding him for this, Arreguin has chosen to further weaponize him and his police department, granting Chief Greenwood's request to lift a twenty-year ban, and allowing BPD to use pepper spray against protestors.

Is it any surprise, given Arreguin's repeated and consistent support of police militarization, that he has remained completely silent on OPD interference in the Berkeley Election? His own campaign finance violations? Or the fact that the voting machines used by the City of Berkeley (Sequoia Voting Machines) have a proven track record of electoral fraud?

For the above stated reasons and more, RunningWolf’s campaign is calling for Jesse Arreguin to STEP DOWN!​​